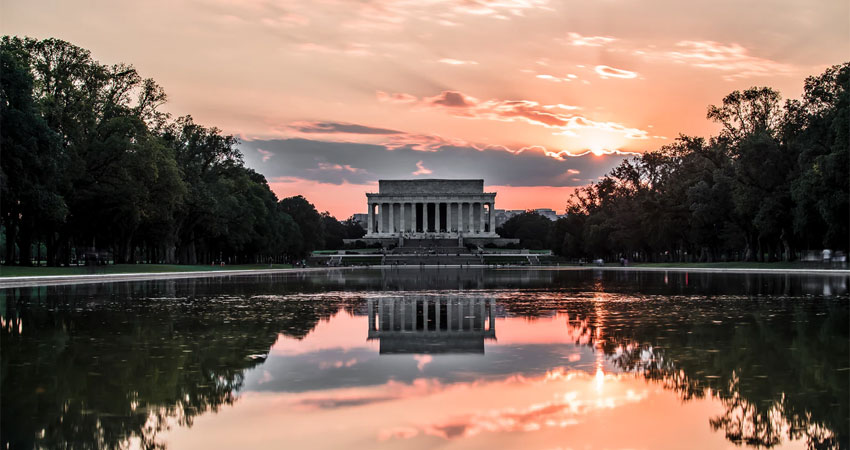 You don’t have to join your kid’s field trip to visit famous monuments in the USA.

There is something truly profound when you visit the spots where historical events took place, or honor lost lives of ordinary men or the achievements made by significant figures.

If you’re feeling a bit patriotic or is planning to rediscover your roots through history, traveling to these US monuments can be an educational and memorable trip for the whole family.

If you’re checking off a history buff’s bucketlist, the National Mall in Washington, D.C. is definitely a must-stop as it is filled with monuments and memorials left and right. And if you’re looking for free things to do in Washington, then check these places out:

Unveiled in October 2011, this memorial is the fourth for non-presidents and first to honor an African-American leader at the National Mall in Washington, DC. It celebrates Martin Luther King Jr.’s leadership, legacy and tireless advocacy for freedom, racial equality, and just for the oppressed around the world.

Carved on the memorial are the words “Out of a mountain of despair, a stone of hope,” which came from MLK’s ‘I Have a Dream’ speech.

This memorial honors Franklin Delano Roosevelt, the 32nd president of the United States. There are two interesting things about this memorial: first is that the four outdoor “rooms” are spread across 7 acres of land and is the first of its kind to include a sculpture of the presidential pet, a dog named Fala.

Probably the best thing about this memorial is that you won’t ever feel the place crowded, even during peak hours or months.

It may just be a literal gravestone to some, but this massive granite structure carved the names of 58,318 Americans who gave their lives in service of their country during the Vietnam War. Each name is listed in the order in which they were reported to have gone missing while in action, or day they died.

Of the over 1,400 submissions, Yale architecture student Maya Lin’s design was chosen by the committee. It is designed with two 200-feet-long walls, one of which pointing toward the Lincoln Memorial and the other toward the Washington Monument. Each wall used 70 separate panels.

If this monument looks familiar even if you haven’t visited it before, it’s probably because this 555-foot-tall structure has been in many movies, starting with the alien invasion film “Mars Attacks!”

The Washington Memorial was revealed in 1884 as a commemoration of George Washington, the first president of the United States. At the time, this monument beat the Cologne Cathedral as the world’s tallest man-made structure, but the Eiffel Tower took the #1 spot when it was built.

The obelisk-shaped Washington Monument (along with its 897 steps to reach the top) is truly an engineering marvel. It was built with marble blocks only held together by friction and gravity. There was no mortar used in constructing it, which was one reason why it took 36 years to complete. The other reason was that the American civil war and lack of funds halted the construction between 1854 and 1877.

If you go to the base of the monument and see graffiti, these were posted by Union soldiers assigned there when Civil War broke out.

This famous memorial was built to honour Thomas Jefferson, the American Founding Father who was the principal author of the Declaration of Independence and later served as the third President of the United States from 1801 to 1809.

The location of the memorial, just south of the White House, is quite a breathtaking site. It is located on National Mall’s Tidal Basin that is surrounded by the famous cherry blossom trees that were gifted from the Japanese people in 1912.

Jefferson was a humble man (he didn’t even include being a president as part of his achievements), but he did love the Greek and Roman architecture. This is probably why John Russell Pope, who designed the neoclassical monument took inspirations from the Pantheon in Rome.

One of the newest memorials on the National Mall, the World War II Memorial only opened in 2004 in honor of the 16 million Americans who served in WW2 and over 400,000 Americans who died fighting in that global conflict.

If you’re taking a tour around the National Mall, you can get to the World War II Memorial by taking the National Mall Circulator bus.  This bus route starts at Union Station and then makes a big loop past the Capitol and all the museums monuments and memorials.

This stunning marble temple is home to the 19-feet-high sculpture of the 16th president of the United States, Abraham Lincoln. On top of his sculpture are the words from his Gettysburg Address.

The Lincoln Memorial was dedicated in 1922, followed by the stunning reflecting pool a year later, which connects the U.S. Capitol just under 2 miles away.

Designed by Daniel Chester French, the monument has 36 massive columns made of Georgia marble, which represented the 36 states in the Union at the time of Lincoln’s death. The names of the 48 states in the Union when the memorial was completed are carved along the outside of the memorial; a plaque honoring Alaska and Hawaii is in the approach plaza.

Also located on the National Mall, this memorial honors about 54,000 American soldiers who lost their lives defending South Korea for over 38 months in 1950 to 1953.

What’s unique about this memorial is that it is made up of 19 stainless steel soldiers walking through the bushes. Each soldier is over seven feet tall, weighs nearly 1,000 pounds each, and represent a squad on patrol from each of the four branches of the military: Army, Navy, Air Force, and Marine Corps.

The U.S. capitol isn’t technically a monument, but this historical building houses a number of monuments through the years. Its 540 rooms also houses the library of congress, senate offices and supreme court, among other similar offices.

3 famous monuments in the USA are located outside the US Capitol building:

Famous Monuments from Other Parts of the USA

Aside from Washington, D.C., some of the most famous monuments in the USA are located in other states. Check them out and include into your itinerary if you’re traveling that way.

10. The Tomb of the Unknown Soldier (aka Tomb of Unknowns)

In 1998, the remains of the Vietnam War soldier was exhumed, tested and revealed to be Air Force 1st Lt. Michael Joseph Blassie. His family then moved his remains to Jefferson Barracks National Cemetery in St. Louis.

No other soldier was added into the crypt, but an added inscription read: “Honoring and Keeping Faith with America’s Missing Servicemen, 1958-1975.”

If you’ve visited the Tomb of the Unknown Soldier, don’t miss another famous monument at the same cemetery.

John F. Kennedy, 35th president of the United States, was assassinated in November 22, 1963 in Dallas, Texas during a campaign trip. Three days later, on November 25, his state funeral was held at the Arlington National Cemetery, where the eternal flame was revealed.

The Eternal Flame is JFK’s grave marker and was the idea of his wife and First Lady, Jacqueline Kennedy. She took inspiration from the Tomb of the Unknown Soldier in Paris and asked long-time JFK friend and architect John Carl Warnecke to design it.

The 9/11 Memorial is a tribute for the single-largest loss of civilian life on U.S. soil, honoring the 2,977 people killed in the terror attacks of September 11, 2001 at the World Trade Center.

The memorial is located on the grounds where the Twin Towers once stood. It occupies about half of the 16-acre site and features the largest man-made waterfalls in the United States.

The names of every person who perished in the terror attacks of February 26, 1993 & September 11, 2001 are honored in bronze around the twin Memorial pools.

Located inside the Pearl Harbor National Memorial, the USS Arizona Memorial is situated on water where the sunken battleship rests on the ocean floor of Pearl Harbor in Honolulu.

Opened to the public as the Liberty Memorial museum in 1926, it was designated in 2004 by the United States Congress as America’s official museum dedicated to World War I and is now called the National World War I Museum and Memorial.

This memorial remembers the “war to end all wars.” It features the cylindrical Liberty Memorial Tower, which rises 217 feet above the main courtyard and is around 36-feet in diameter at the base. Guests could go up to the top by elevator, but have to climb up 45 stairs to reach the open-air observation deck (where you can see the Kansas City skyline with all its glory).

If you’re hunting for the best skylines in the country, make sure to check this list.

The Bunker Hill Monument was erected to commemorate the Battle of Bunker Hill, which was among the first major battles between British and Patriot forces in the American Revolutionary War, fought there on June 17, 1775.

This sky-scraping obelisk stands at 221 feet tall and is home to a museum with many artifacts from that battle.

If you’re staying in Boston for a while and want to know everything you can about the area’s American history, join the two-and-a-half mile Freedom Trail, which features 16 historically significant sites, including the Bunker Hill Monument.

Which Famous Monuments in the USA Have You Visited Recently?

Aside from these 15 history-packed locations, have you gone to an American monument or memorial that you think should be in everyone’s bucket list?

Note that the visiting hours I posted above are post-covid19 information and if you’re planning to visit soon, make sure should be double-check opening hours by clicking the link for each monument.

Not a fan of history (and the famous monuments in the USA), but love architecture? Check out the best American mansions, or best art museums in the country. 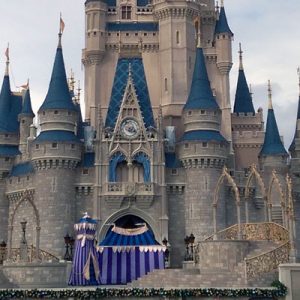 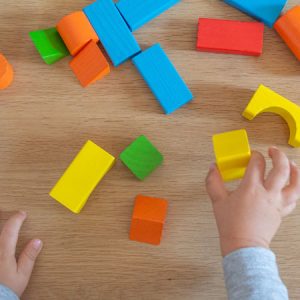 10 Best Children’s Museums in the US 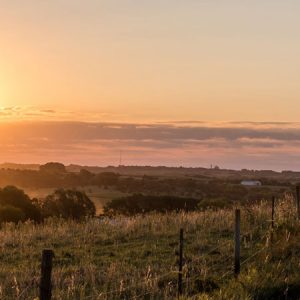 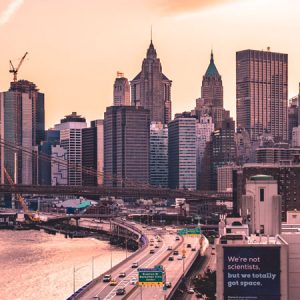 10 Unusual Things To Do In New York City