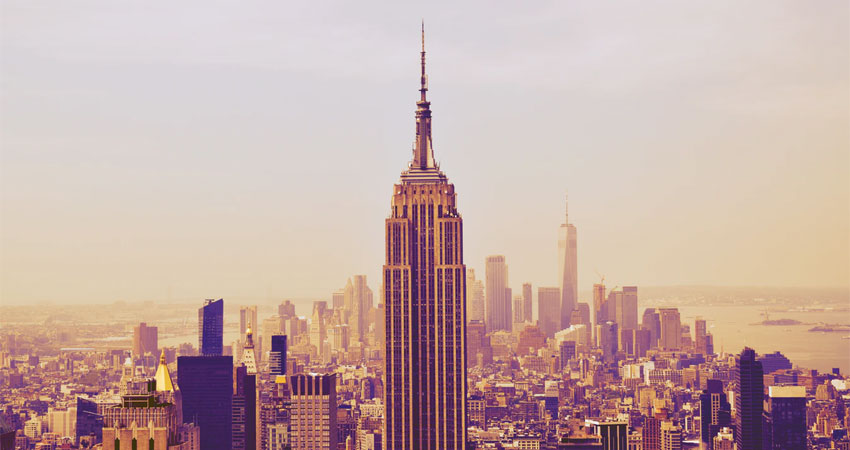 The skyline of a city is like its fingerprint; no two skylines are identical.

It is shaped by the manmade structures, such as buildings, bridges, skyscrapers, and other feats of engineering, as well as the natural features of the city.

Whether appreciated during the day as a sprawling urban jungle or at night as a galaxy of lights, here are the best skylines in the US based on aesthetics, recognizable buildings, and the beauty of the surrounding environment.

My Picks for the Best Skylines in the US

Obviously this list of best skylines in the US has been calculated using only the most rigorous and scientific standards known to man.

It is definitely not a list picked in a completely arbitrary and random order with my own home city at number 1.

So, the best skyline in the US is…

My home city?! At number one!? How could this have happened!

Located where the Allegheny, Monongahela, and Ohio Rivers meet, Pittsburgh was historically known for its steel but is now transformed into a hub for health care, education, and technology.

The Allegheny County Courthouse isn’t as tall as the others but its classic architecture is a good landmark.

Best viewed from: Grandview Overlook, and basically various outlooks on the Mount Washington neighborhood or from within PNC Park

Chicago is widely recognized as having one of the best skylines in the world, especially when viewed from across Lake Michigan.

The Willis Tower (formerly known as the Sears Tower) with its two antennas was once the tallest skyscraper in the world and now the eighth tallest structure in the world.

Meanwhile, the Trump Tower, the Aon Center, and the John Hancock Center tower over the other buildings, forming a well-balanced view that’s distinctly Chicago.

Exploring Chicago? Here are the best things to do in the city.

Best viewed from: Lake Michigan from the East, either from Adler Planetarium or Navy Pier 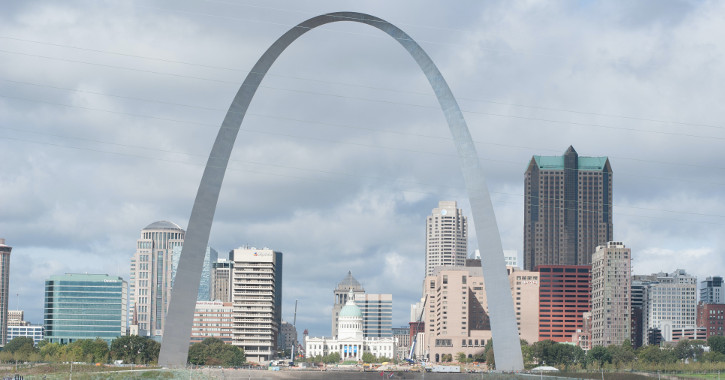 The Gateway Arch is a dead giveaway that you’re looking at the St. Louis skyline. Standing at 630 feet above the ground, it’s the world’s tallest arch and the tallest building in Missouri.

Gaze at the One Metropolitan Square off to the right as well, standing out amongst a cluster of buildings and playing off the Mississippi River in the foreground.

Honolulu’s skyline is often overlooked by the ones in the mainland because it doesn’t have super-tall skyscrapers or even buildings with unique architecture.

But the hotels, vacation condos, office buildings, and low-rise apartments against the backdrop of the Diamond Head crater and the deep blue Pacific Ocean in the foreground make up one spectacular view.

If you’re going to Honolulu anyway, here are the best places to visit in Hawaii, including the best ones in Honolulu.

Another often overlooked skyline is the Anchorage skyline.

The Robert B. Atwood Building, Conoco-Phillips Building, and the Anchorage Marriott are just some of the buildings that stand out among the other low-rise buildings in Anchorage, with the snowcapped Chugach Mountains in the background.

The largest city in Pennsylvania boasts of a beautiful skyline, with seven buildings taller than 700 feet against the backdrop of both classic and modern buildings.

The Philadelphia City Hall is not as tall as the others, but it’s still an imposing presence in the city.

Boston is one of America’s oldest cities and is easily recognizable by its 19th-century brick houses, cobbled streets, and traditional street lamps.

But its Financial District and Back Bay neighborhoods feature plenty of skyscrapers and high-rises that make up an impressive skyline.

Notable buildings include the John Hancock Tower, the Prudential Tower, the Millennium Tower, and the Four Seasons Hotel. 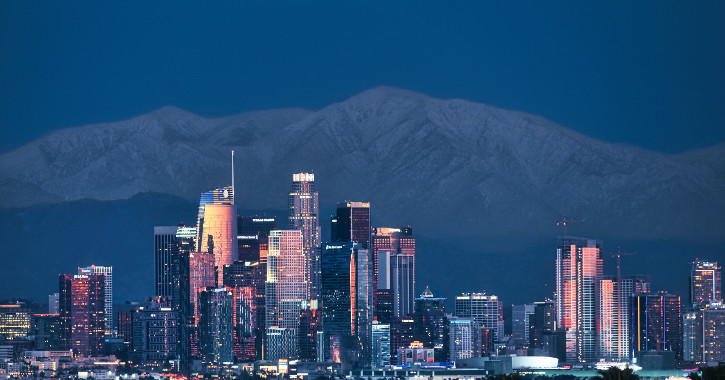 Known around the world as the home of Hollywood, Los Angeles is the second-most populous city in the US.

Downtown Los Angeles is home to a cluster of skyscrapers that isn’t very high or architecturally unique but superimposed on the background of San Gabriel Mountains, particularly Mount Baldy, and you get an exceptionally majestic skyline.

Want to get away from downtown LA? Why not visit Venice Beach and Santa Monica? 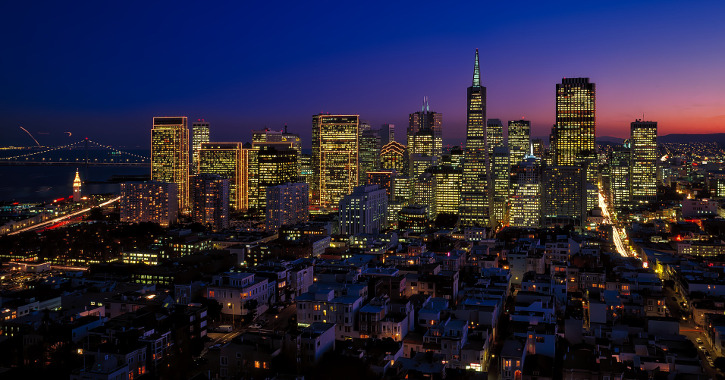 San Francisco, California is a cultural melting pot, one of the world’s most liveable cities, and has one of the best skylines in the US.

The Salesforce Tower, Transamerica Pyramid, as well as other skyscrapers such as 181 Fremont, 555 California Street, 345 California Center, and the Millennium Tower all stand out amongst the various other buildings in the financial district.

All this is set in a beautiful natural environment. If LA has the mountains as a backdrop, San Francisco has the hills in its background and San Francisco Bay in its foreground.

Gambling, good food, and world-class entertainment are all hallmarks of Las Vegas, known as Sin City.

The lights and skyline of South Las Vegas Boulevard, also known as the Las Vegas strip, are some of the most recognizable in the world.

The most recognizable landmarks on the Strip include the Welcome to Fabulous Las Vegas sign, the Bellagio, the Palazzo, the MGM Grand, Mandalay Bay, Caesar’s Palace, the pyramid at the Luxor, the High Roller Observation Wheel, and the Eiffel Tower replica at Paris Las Vegas.

Best viewed from: The Foundation Room at Mandalay Bay, Top of the World Restaurant at The STRAT Hotel, Casino & SkyPod, Skybar at Waldorf Astoria, High Roller Observation Wheel at the LINQ Hotel + Experience

Seattle is the most populous city in the Pacific Northwest, known as the birthplace of grunge and the home of Amazon and Boeing.

The Seattle skyline is one of the most recognized skylines in the US because of the distinctive Space Needle.

Aside from the Space Needle, the distinctive buildings include the Columbia Center, 1201 Third Avenue, Two Union Square, Seattle Municipal Tower, and the F5 Tower.

View the skyline from Kerry Park, and you’ll see the skyscrapers and the Space Needle with Mount Rainier in the background.

When you view the skyline from the water, through the Bainbridge Island Ferry, the skyline has Puget Sound in the foreground. 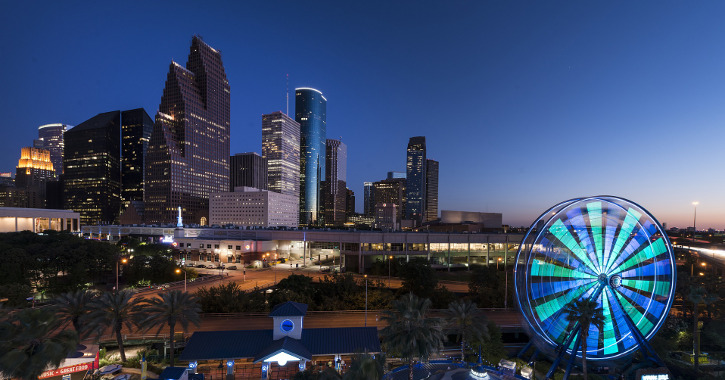 Houston is the largest city in Texas and home to various industries, such as oil, aerospace, and entertainment.

No wonder they have more than 50 skyscrapers higher than 150 meters. 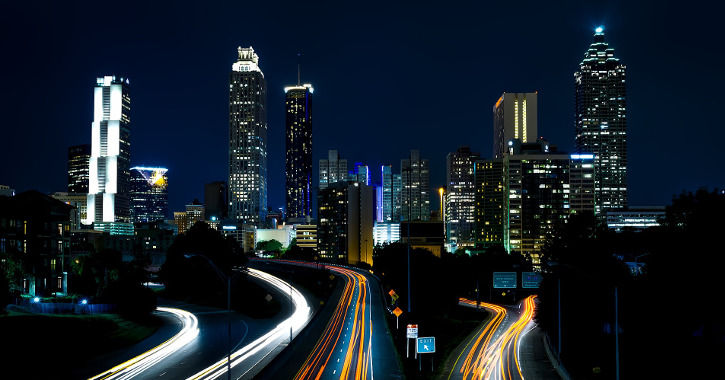 Arts, culture, nature, history, and commerce all converge in Atlanta, Georgia, a so-called “city in a forest.”

Of the 20 tallest buildings in Georgia, 18 of them are in Atlanta, and most of these skyscrapers are concentrated in the Downtown, Midtown, and Buckhead neighborhoods.

Some of the skyscrapers that stand out on the Atlanta skyline include the Bank of America Plaza, SunTrust Plaza, One Atlantic Center, and the twin towers of 191 Peachtree.

If you want to experience Atlanta and not just its skyline, check out our list of the best things to do in Atlanta. 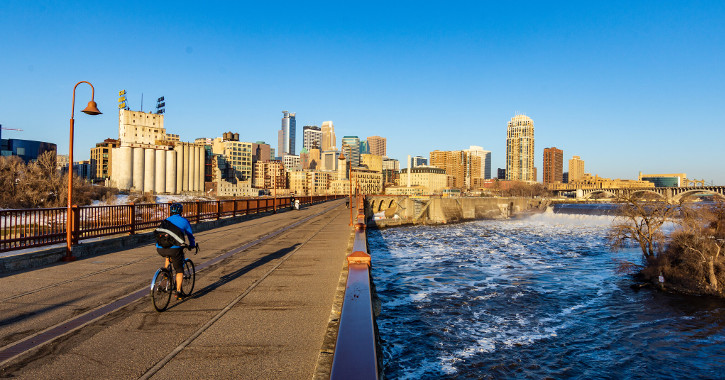 Minneapolis is known as the City of Lakes (and home of the Juicy Lucy) that’s an arts and music hub with one of the best skylines in the country.

The tallest skyscrapers that you can see on this skyline include IDS Center, Capella Tower, Wells Fargo Center, and Two22.

Come on, did you really think I’d leave NYC off of this list? I already told you this list was in no particular order!

As one of the most recognizable, iconic, and gorgeous ones, New York City has one of the best skylines in the US.

Do you agree with this list of the best skylines in the US?

Do you think your city should have made the list? Or do you disagree with an entry? Yell at me in the comments below! 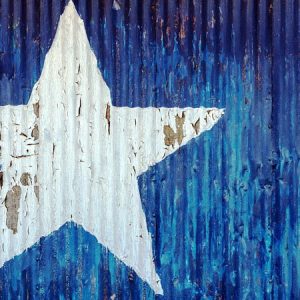 10 Best Places To See Northern Lights In The US 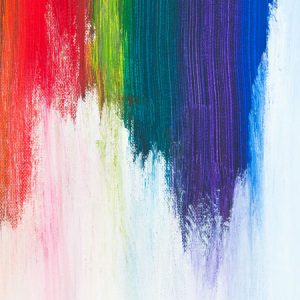 12 Must-Visit Art Museums in the US

15 Best Beaches in San Diego for Everybody 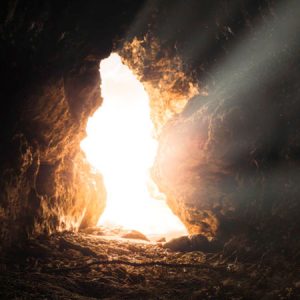