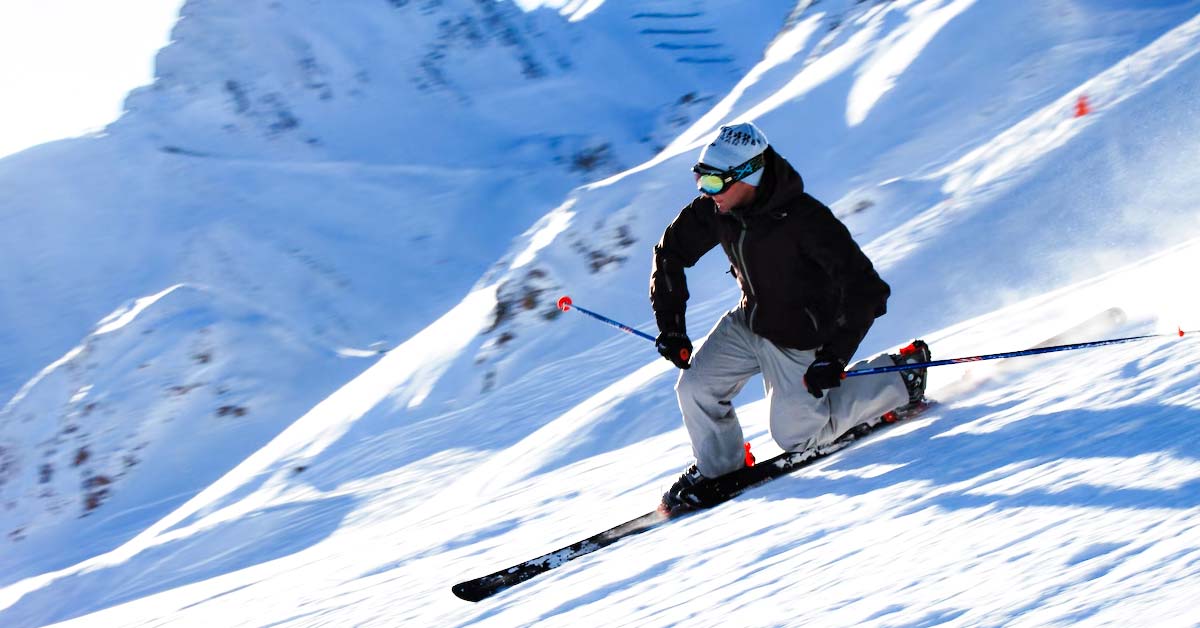 If you’re not familiar with Maine, you may think it only has lobsters, lighthouses, and L.L. Bean to offer. But you’ll soon discover that skiing in Maine is one of the best winter adventures you’ll ever experience.

Below is a list of the best ski resorts in Maine to help you decide on the perfect place to go skiing this winter.

10 Best Places for Skiing in Maine

Known as: The largest ski area in Maine 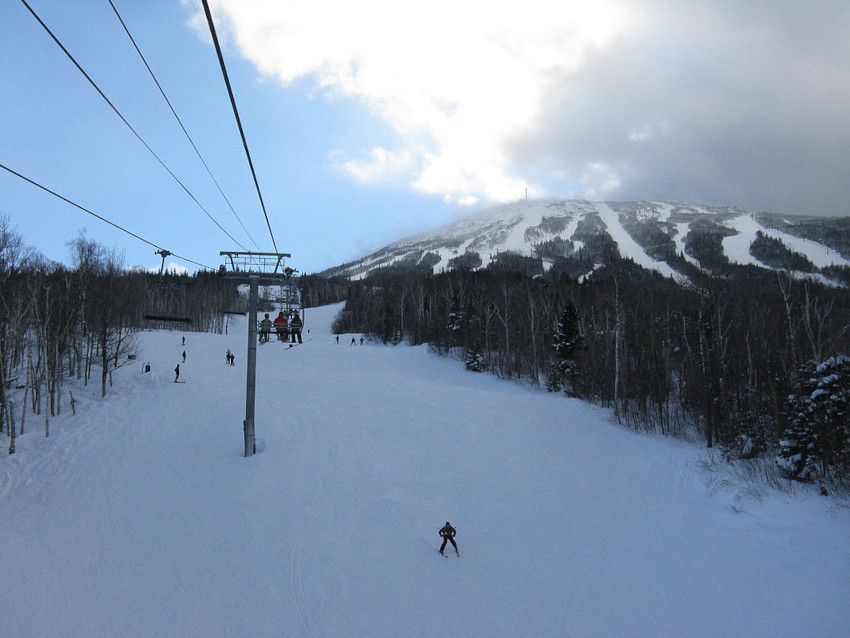 Situated on the second-highest peak in Maine, Sugarloaf is a top year-round New England destination.

The ski area is divided into three general areas. The Snowfields features the only lift-serviced, above-treeline skiing on the East Coast. Skiers who make it to the summit are treated to spectacular views of Maine’s western mountains, New Hampshire’s White Mountains, and sometimes as far as Vermont and Canada.

Known for: The most dependable snow for skiing in Maine

East Coast ski resorts aren’t exactly known for having reliable snowfall. Those in the know head over to Sunday River.

Sunday River prides itself on its state-of-the-art snowmaking system, featuring 2,000 snow guns spanning all eight peaks in their resort. These snowmakers ensure the best skiing conditions in Maine all season.

Those who want more of a challenge can get their fill in the many glades and steeps.

Nestled in the Western Maine High Peaks region in Rangeley, Saddleback Maine has been a favorite of New England skiers for six decades.

After some financial difficulty in 2015 and subsequent purchase by Arctaris Impact Fund, Saddleback is experiencing a resurgence. They have new ski trails and ski lifts, as well as increased snowmaking, renovated the base lodge, added employee housing and on-mountain lodging, and even built a solar farm.

The mountain is broken up into three logical sections: the lower mountain (for beginners), the middle mountain (for intermediate to advanced skiers), and the upper mountain, also known as the Kennebago Steeps (for advanced to expert skiers).

The Kennebago Steeps is serviced solely by the Kennebago Quad chairlift, from where riders can get stunning views of the Rangeley Lakes region, including some of the most beautiful lakes in Maine, as well as of the White Mountains.

Known as: The only ski area on the East Coast with ocean views

The Camden Snow Bowl is a town-owned ski resort that’s smaller than most of the ski resorts on this list but trumps them all with its stunning views of the Atlantic Ocean.

The Snow Bowl is also home to the country’s only remaining original, gravity-operated wooden toboggan chute. Tobogganers travel 400 feet on the chute and exit onto Hosmer Pond. The annual US National Toboggan Championships are held here.

While you’re in the area, why not take a side trip to the lobster capital of the world? Rockland, Maine is a mere 10 miles away and awesome to visit during the Festival of Lights.

Known as: The oldest ski area in Maine

The very first skiing trail in Maine was dug on Pleasant Mountain by various civic groups in 1935.

After decades of renovations, expansions, innovations, and transfers of ownership, Pleasant Mountain remains one of the most beloved ski areas in Maine, with views of Moose Pond, Mount Washington, and the rest of the White Mountains.

It was known as Shawnee Peak from 1988 to 2022 when Boyne Resorts bought the ski area and changed the name back to its original name.

Pleasant Mountain is also known for its night skiing, the largest in New England with 19 out of 47 trails lit up from Monday to Saturday nights during the season.

Known for: Its classic, “throwback” feel

Mt. Abram is an affordable, small family ski area that avid fans go back to when they want fewer crowds and a laid-back vibe that some of the bigger ski resorts have lost.

Just because it’s more relaxed than other ski resorts, though, doesn’t mean it’s mediocre. Both the groomed and natural wooded glades provide awesome skiing experiences for everyone, from beginners to double-diamond skiiers.

Fun fact: The trails at Mt. Abram are named after the classic Rocky & Bullwinkle cartoon.

Known as: A hidden gem in the Maine Highlands

Big Squaw Mountain Resort lies on the north side of what is now called Big Moose Mountain.

It used to be one of the larger skiing areas in Maine. In fact, it was the second largest in Maine for a brief period.

After decades of financial difficulties, takeovers, turnovers, and an unfortunate chairlift accident that led to closure in 2010, The Friends of Squaw Mountain, a non-profit organization, took over the management and maintenance of Big Squaw.

Through donations from various sources and foundations, Big Squaw reopened for the 2013 ski season, and plans for restoration and modernization are now in place.

Die-hard fans of this ski area go back for the spectacular views of Moosehead Lake and Mount Katahdin from the summit, as well as the no-frills ski & ride experience.

Known as: The oldest club-operated ski area in the country

Owned and operated by the Farmington Ski Club, Titcomb Mountain has been the center of local winter sports and recreation for over eighty years.

They pride themselves on being the “Friendliest Mountain Around” as you’ll see plenty of volunteers around. They’re mostly parents, local associations, civic groups, businesses, and other members of the community who are willing and able to lend their time and effort to welcome guests.

Skiers of various skills are sure to find something they love here, especially as the trails and lifts aren’t too crowded.

Known for: Having the highest vertical elevation of any ski area in northern Maine

BigRock Mountain Ski Area is located on Mars Hill Mountain on the northeastern corner of Maine, near the Canadian border.

They promise big-mountain skiing with a family-friendly feel.

For six months out of a year, Mars Hill Mountain is the first place in the contiguous United States that the sun touches.

Aside from the usual skiing and snowboarding, BigRock also features an 800-foot-long tubing park, cross-country skiing, and night skiing.

Another unique feature of Mars Hill Mountain is the 28-turbine windmill facility, which was at some point the largest wind farm in New England.

Hikers also make their way through the mountain, as the International Appalachian Trail passes right through the summit.

Known as: Smallest ski hill in Maine and one of the smallest ski areas in the country

If you want a truly unique Maine skiing experience, Powderhouse Hill will not disappoint.

With its $5 tickets (cash only!), all-natural snow (no snow guns here!), and rustic lodge with a wood-burning stove (no equipment rentals), Powderhill is the ultimate throwback ski area.

Even its rope tow is vintage: it’s powered by a converted 1938 Ford pickup truck encased in a shed at the top of the hill.

Powderhouse Hill is owned by the town of South Berwick and maintained by the Powderhouse Ski Club, a non-profit organization.

Tips When Visiting Maine for Skiing

Planning your winter getaway? Here are some of our tips to help you make the most of your skiing trip to Maine.

Getting To Maine Ski Resorts

As you can probably tell, most of the ski resorts I’ve listed aren’t that close to international airports. The major airport that’s closest to many of them is Augusta State Airport, servicing American and Delta flights from several major cities.

The typical ski season in Maine ranges from mid-November/early December to late March/mid-April.

Historically, Sugarloaf has the longest ski season in the state, starting in mid-November and lasting as late as May.

The exact opening and closing dates per ski resort may vary depending on the amount of snowfall, weather, and various other factors. It’s always smart to verify before making the trip all the way north to Maine.

Ski areas in Maine aren’t usually very crowded, but as they usually go as a family, try to avoid the week from Christmas to New Year’s Day, as well as weekends and holidays during the ski season.

Vermont is likely the first thing that comes to mind when it comes to East Coast skiing, but hopefully, I’ve inspired you to experience skiing in Maine instead.

In need of more skiing inspiration? Take a look at our picks for the best places to ski in the US this winter!

Or perhaps you like snow but not skiing? Go through our list of winter vacations for ideas. 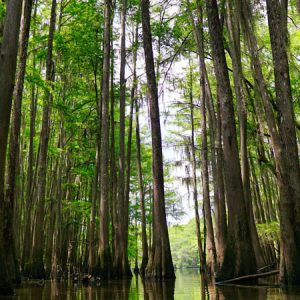 Caddo Lake: Here’s What You Need to Know

10 Spots for the Best Lake Vacations in the US 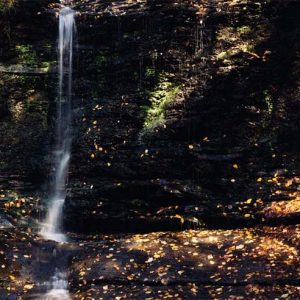 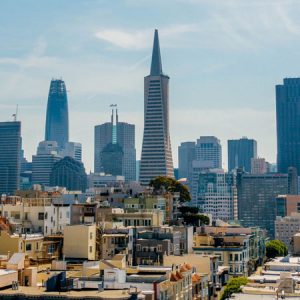