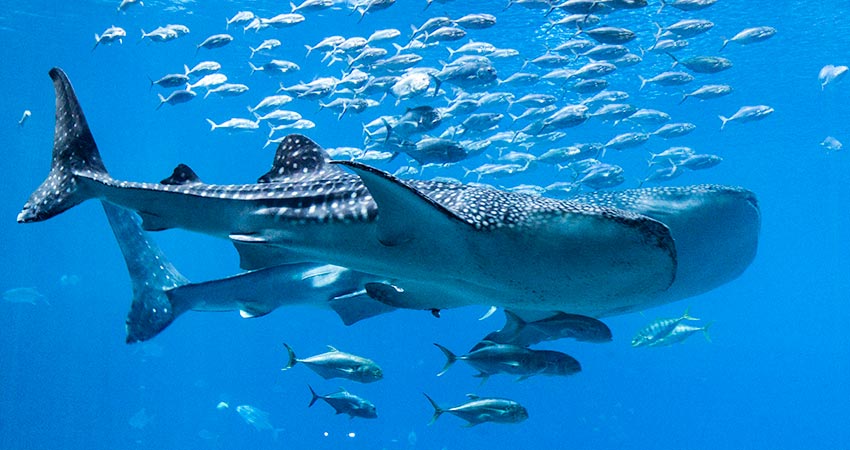 From jellyfish lazily floating by, to a mouthful of teeth making a sudden appearance as a shark suddenly turns, aquariums offer both relaxation and thrills. Whatever your preference, I’ve put together a list of the best aquariums in the US so you don’t have to search far to find an aquatic adventure, wherever you are.

Personally, I love to go out and see marine life in their natural habitat. Though that can be a bit scary sometimes, plus very expensive.

Luckily, aquariums are the next best thing as they offer an unimpeded view of the vast number of wonderful and mysterious creatures that call the ocean home.

Plus, many of them still offer hands-on experiences for those seeking an extra thrill.

These are the ones that I was really awed by the most.

The 7 Best Aquariums in the US

Defining the “best” aquarium is a little difficult as every one offers unique viewing opportunities.

Try and see them all!

If you’re looking to experience the full abundance of the Pacific coast then the Monterey Bay Aquarium is the place to be.

Nestled right next to the waves, this impressive aquarium features a massive three-story tall kelp forest and a wave tunnel that simulates the force of the ocean’s waves crashing.

The Monterey Bay Aquarium has also opened a new exhibit called “Viva Baja! Life on the Edge” that focuses on the coastline and coral reefs of Baja, California.

It’s full of exotic, colorful creatures from both land and sea where the edge of the sand meets the surf.

If you’re planning on traveling to Monterey, keep in mind that you can get a free ride aboard the MST Trolley, which stops in downtown Monterey, Fisherman’s Wharf, Cannery Row and the Aquarium. Also, booking your aquarium tickets in advance can save you from standing in the lines, which are often long.

Seen as one of the best freshwater aquariums in the US, the Tennessee Aquarium features exciting attractions for both kids and adults.

Their freshwater exhibit, titled “River Journey”, is a spectacular showcase of biodiversity that tracks the fauna from the river’s journey in the mountains to the sea. It even features the largest collection of turtle species in the US.

The aquarium is located on the beautiful banks of the Tennessee River, and has big exhibits full of freshwater fish and animals, as well as a stunning saltwater exhibit, making it the perfect choice for people who want to see the best of both water-“worlds”.

For those who prefer viewing nature from behind a big screen, there’s the IMAX 3D theatre, which hosts various unique nature-themed shows and is a definite hit with the kids.

One of the coolest activities this aquarium has to offer, however, is the Backstage Pass Tour that allows visitors to get up and close with the animals in an interactive 45-min tour of what it’s like to be one of the aquarium’s caretakers.

Tickets can be bought ahead online.

The Biggest Aquarium in the US!

This massive 550,000 square foot park is home to thousands of fish and marine life, including their infamous whale sharks.

Besides their unique fish, the Georgia Aquarium also hosts some extra special events like the “Sleepover Under the Sea” and a “Behind the Seas Tour”.

The tour takes you through the filtration room, vet facilities, and top of the galleries for a new perspective on what it means to run a massive aquarium.

Those seeking a thrill will love the “Journey with Gentle Giants” experience which lets you snorkel or dive with whale sharks, manta rays, and other aquatic sea life.

So you don’t have to head to the open sea for the chance of glimpsing these shy animals.

Unlike many of the other places on this list, this aquarium also offers group tickets.

If you’re planning a visit to Hawaii then there’s no better place to get a full view of the stunning marine life that surrounds the Hawaiian islands.

The Maui Ocean Center sets itself apart, not only through its amazing display of tropical fish, but also by intertwining the exhibits with the history and traditions of the Polynesian culture that’s native to the island’s people.

They really do an excellent job of showing how connected the Hawaiians are with the sea and all of its creatures.

The trip should prove fun for the kids too as they offer plenty of interactive displays, walkthrough tunnels, a free scavenger hunt, and a 3D Sphere Theater.

The Maui Ocean Center also offers a behind the scenes tour, though this one is pretty special as you get to help feed the fish and turtles.

You can book your tickets ahead on their website.

The Shedd Aquarium is seen as one of the best aquariums in the US thanks to its wonderful diversity of exhibits housed in a neoclassical marble building that celebrates sea life in every wall, window, and corner.

Situated on the banks of Lake Michigan, the aquarium houses big critters like dolphins, sharks, and beluga whales within its three-story walls.

The center offers equally impressive experiences, with a behind the scenes tour, a penguin encounter, and a 4D theatre.

Its status as a National Historic Landmark means the Shedd Aquarium is pretty popular, so booking ahead is a good idea.

If you’re planning on visiting other attractions in Chicago, then consider getting a City Pass which saves you 53% at Chicago’s top 5 attractions, including the aquarium.

The two-for-one experience makes this one of the top aquariums in the US.

It offers wholesome encounters where you can see both an enormous 88,000-gallon coral reef and a Tasmanian devil – all in one park.

This incredible aquarium boasts many wonderful critters, including Humboldt penguins and Bonnethead sharks.

But their West Indian manatees are truly extraordinary to see.

It’s an interactive exhibit that’s surrounded by a dense mangrove forest and offers views from above and under the water.

Along with the viewings, there’s also the opportunity to get up close to the animals in their “Discovery Reef Tide Pool”.

You can feel the bumps on a sea star or brush the spines of a sea urchin. It’s a goosebump-worthy experience and definitely worth the trip.

People flock to the Baltimore harbor every year.

Not to go sailing or fishing, but to see the magical underwater world hosted in the National Aquarium.

Over 17 000 animals call the aquarium home, spread out across multiple impressive exhibits within a modern structure of concrete and glass.

Which includes a rooftop tropical rainforest, a multiple-story coral reef, and a floating wetland. It’s no wonder congress voted it a ‘national’ aquarium back in the ’70s.

Thanks to its unique exhibits, the aquarium hosts a number of non-aquatic life as well, including curious birds and lizards.

In fact, their “Australia: Wild Extremes” exhibit is one of the best places to see a variety of indigenous Australian creatures up close in the US.

If you’ve been looking around for the best aquarium in America then you’d be hard-pressed to find a better candidate. This aquarium is extremely busy throughout the year though, so I’d suggest you buy your tickets online.

Also, try to plan for around 2 hours in the main aquarium without breaks, as the paths are designed for one-way movement with little option for skipping ahead or going back to previous exhibits.

Just Keep Swimming to these Best US Aquariums!

It’s a lazy Sunday morning and you’re looking for something fun to do with the kids.

Or you’re on a business trip in a different state and have some free time on your hands. What’s there to do?

We’ve tried out plenty of divergent adventures across the whole of America, from visiting national parks to blowing off steam in Las Vegas. But seeing these magnificent creatures in their natural habitats, and even getting to interact with some of them, are experiences I’ll never forget.

So treat yourself (or your family) and go visit an aquarium. It’s for a good cause too as all of the places on this list are non-profit and put most of their funds towards conservation efforts. 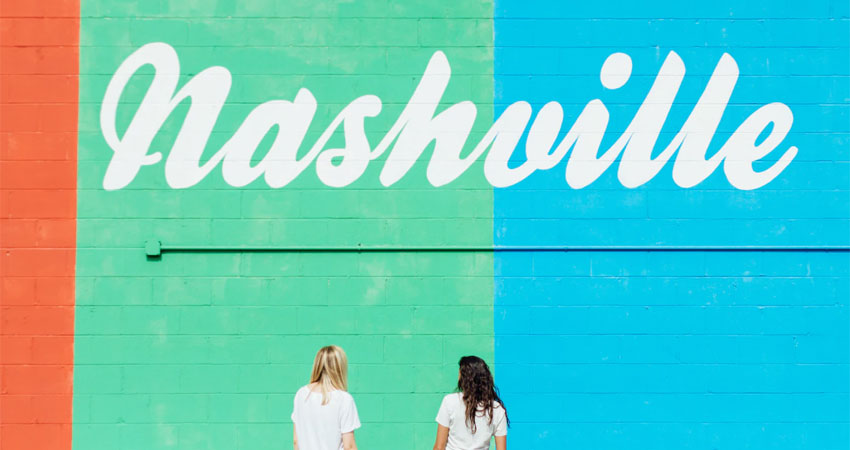 3 Days In Nashville: An Itinerary For First-Timers

Nashville is the capital city of Tennessee and one of the oldest in the country, with more than 200 years of history. As a first-timer, your plans are going to be packed if you plan to spend 3 days in… 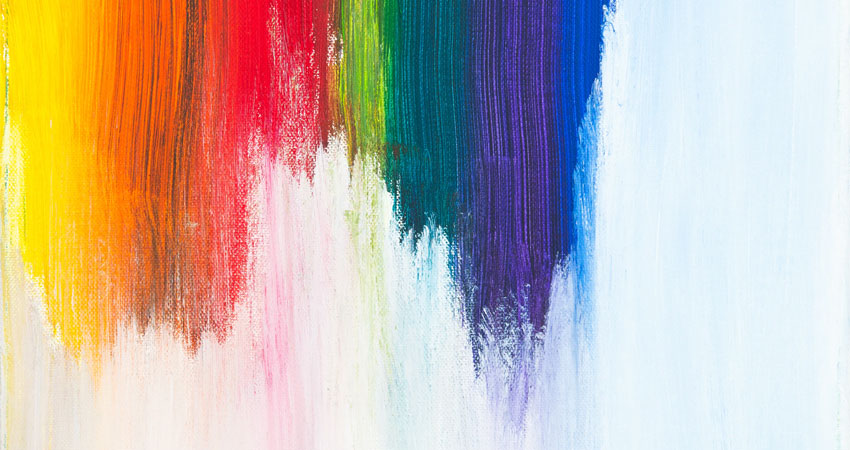 12 Must-Visit Art Museums in the US

If you enjoyed my post about Texas’ 30 best museums, I’m sure you’ll love this post showcasing the best art museums in the US. From the museum with the biggest collections, to the US museums with unique pieces you just… 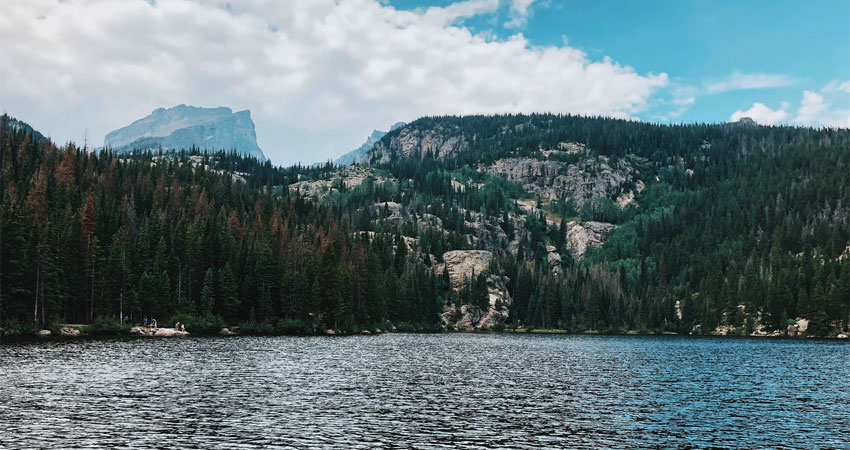 The 10 Best Reservoirs And Lakes In Colorado

When most people think about Colorado, they automatically think of vast mountain landscapes. They’re not wrong, but aside from mountains, Colorado has plenty of lakes and reservoirs. In fact, there are more than 1,500 publicly owned lakes in Colorado with… 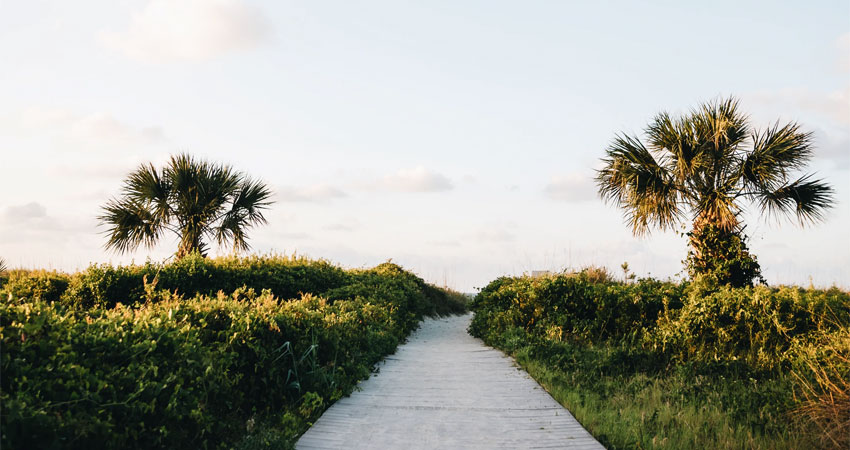 The Best South Carolina Beach Towns to Visit in 2020

With 2,876 miles of tidal coastline, South Carolina, particularly its beach towns, is a favorite vacation destination for families and party-goers alike. Whether you’re looking for a nearly empty beach to relax and be one with nature, or a center…